We received some great feedback for our latest Professional Photographer advert wherein Da Vinci’s Mona Lisa stepped in as the face of Folio. Her appearance on our SWPP stand also became a great conversation starter as she stood alongside Van Outen.

If you didn’t manage to catch a glimpse as our Mona made the rounds, you can take a look below. As one of the world’s most recognisable pieces of art, we didn’t have to think twice when we wanted to include her in our latest ad campaign. We thought that we were being clever by giving Mona one of our albums, and our graphic designer aimed to answer the riddle of Mona Lisa’s smile – ‘clinging on to her Folio Album, it’s suddenly obvious what she’s grinning at’ – but it seems that NASA had to go one step further (insert “one small step” joke here!).

Not content with traversing the photography magazines and trade-shows, Mona had her sights set on more ambitious climes – and courtesy of NASA she managed to go stratospheric.

Whilst we gave Mona a Fine Art Album of her own, NASA put her on the moon – it will be interesting to see where Mona goes from here!

Check out Mona on the Moon, and see her Folio debut below: 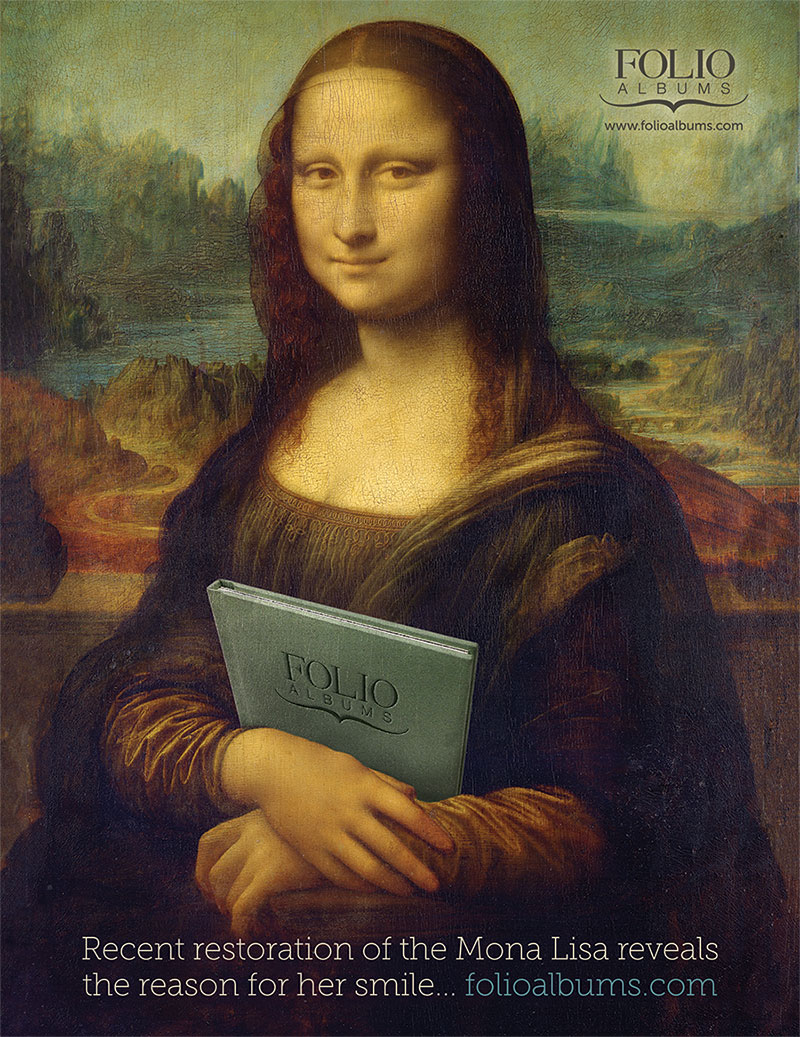