This week’s photograph is taken from Christy’s latest sample album.

After last week’s fairytale album opener, today we have an image that looks as though it could easily illustrate Alice in Wonderland (or even Harry Potter).

Life-sized chess/draughts sets are not a rarity, but this is the first one that we have seen featured in a wedding album. Since wedding days can be quite formal affairs with a lot of posed photographs, it was great to see a candid, unplanned, shot of these children at play. The fact that the photograph appears in black and white to match the chess pieces/board itself just added to the cute and fun nature of the image – although since both the draughts and chess pieces are being used simultaneously, there is also an air of fun and mayhem created by these smartly dressed children in their dresses and suits.

So after last week’s fairytale beginning, here’s a fun fairytale middle-of-the-day photograph for your Friday afternoon: 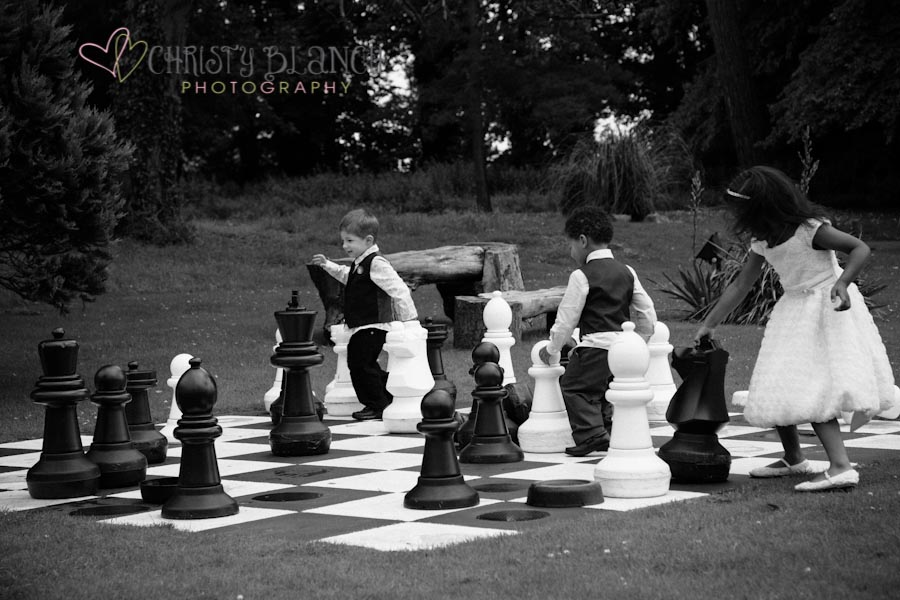