Yesterday Stewart and Van Outen stopped in West London for the sixth day (and location) of the tour. Kate Hopewell-Smith and (a rather belated) Stuart Cooper joined the Folio Freedom Tour for the day and they were both fantastic, hanging out and sharing their experiences with all of the photographers who attended.

Our West London attendees were very excited by our announcement that we are now going to be offering our 6×6 albums as either duplicates OR stand alone albums! For all of you who have enquired about having a bespoke 6×6 design – the time is almost here. The option to order these, and our new price list, will be available once the tour is over and Stewart is back at Folio HQ – but there is not long to wait now. These new stand-alone 6×6 albums will have all the same options available as the larger 8×8, 10×10, and 12×12 albums (however, the cover text option will still be engraving only). So if you ever wanted a tiny album with a leather cover – the wait is almost over! Hopefully you’re as excited as we are that our mini albums are joining the ranks of the main albums!

Sadly today we are rather short of model pictures, despite yesterday’s model being incredibly in-demand! Our tour had a beautiful start and end to the day yesterday, but they were hit by a downpour part way through and our model, Aree, got caught out in it with a photographer in the middle of their shoot. Stewart managed to get one shot for us, but it was a post-rain one (however I’m sure you agree, our model still looks very beautiful) 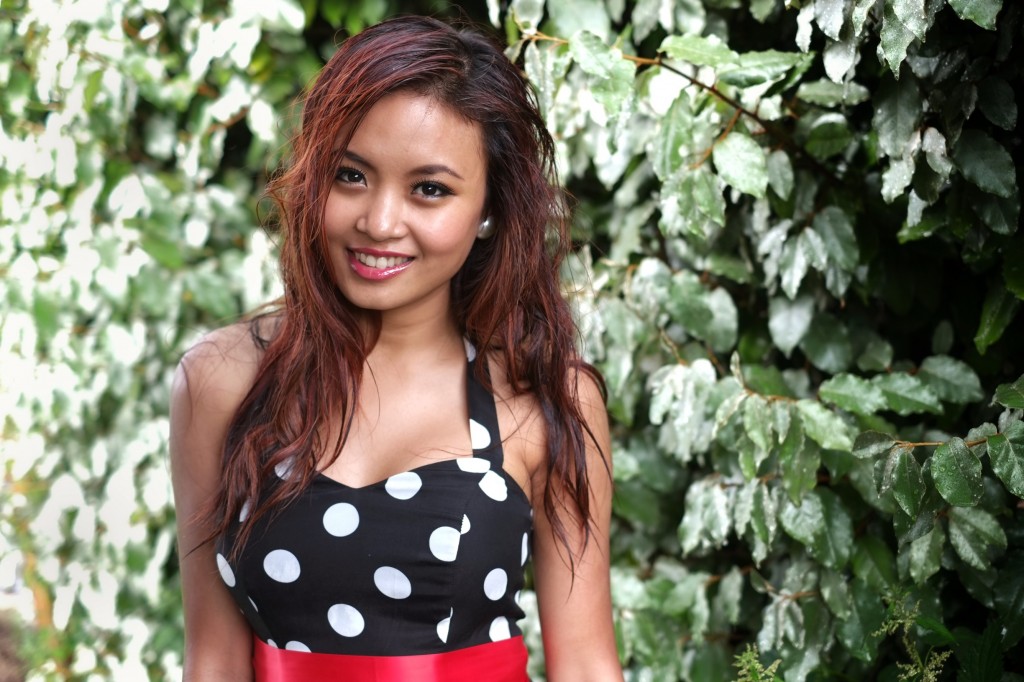 Here’s one of Stewart and Aree at the start of the day: 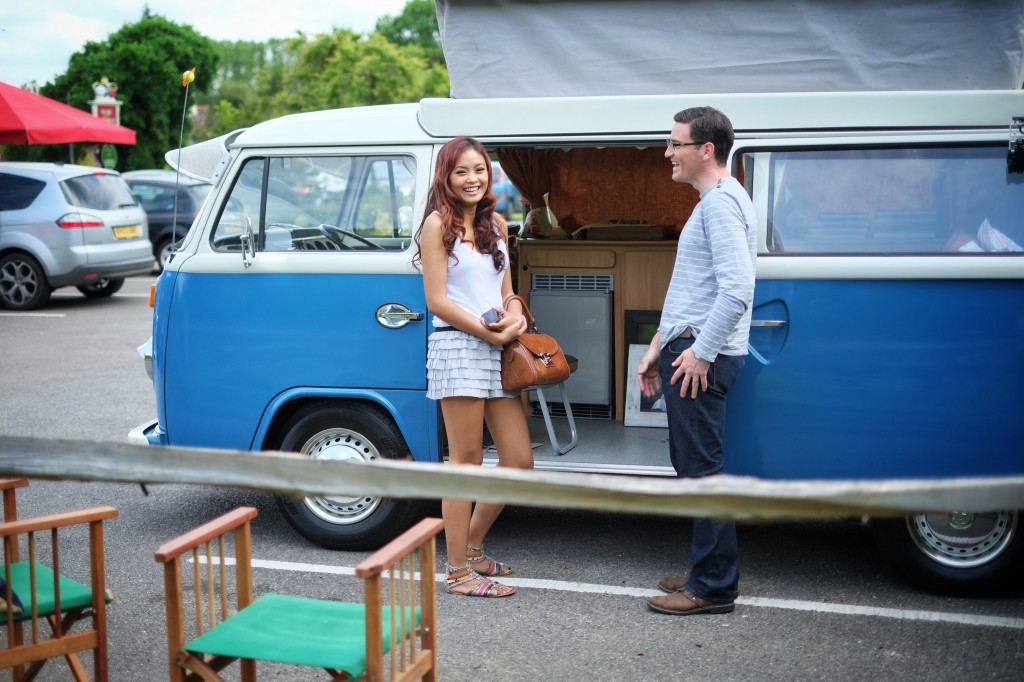 Here’s Van Outen at a bus stop. I think we need to tell her she’s a camper van (and maybe break the news that camper vans aren’t welcome at Hogwarts): 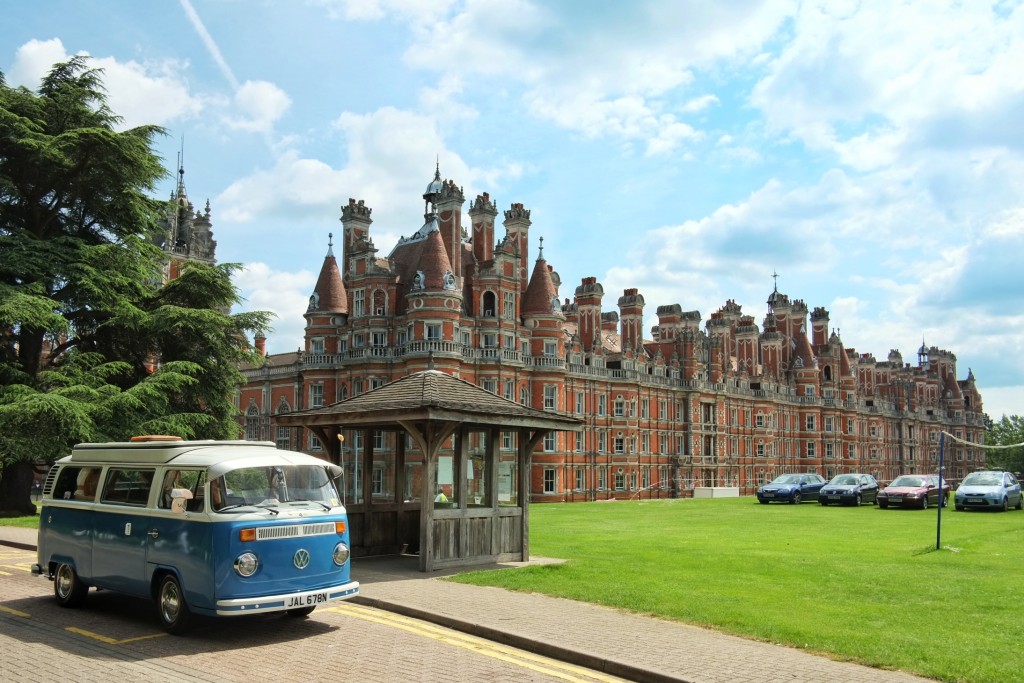 Stuart Cooper was a very rock ‘n’ roll Freedom Tour Pal showing up at a leisurely 6p.m. yesterday at The Rose & Crown ;) but we let him off because for most of the day Stuart was an attendee at another event – a ‘Film is Not Dead’ workshop run by Jonathan Canlas. The workshop centres around shooting with film rather than digitally and Stuart found it quite phenomenal and inspiring, discussing the ideas it raised with Stewart as well as our Folio photographer friends. For anyone interested in the idea of shooting with film rather than digitally check out Jonathan’s Film is Not Dead blog or the corresponding book here on Amazon (it even has the ‘Click to Look Inside’ option for a quick preview).

Stuart Cooper thinks he sees a Folio Freedom Tour in the distance: 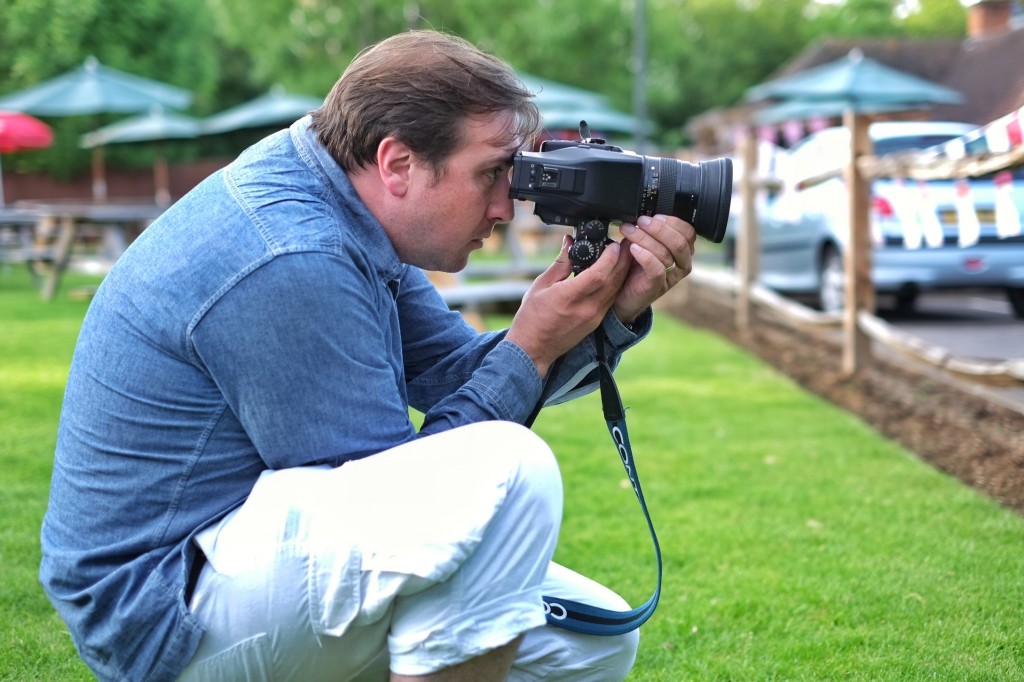 Yes, he found us! Here he is hanging out with Van Outen: 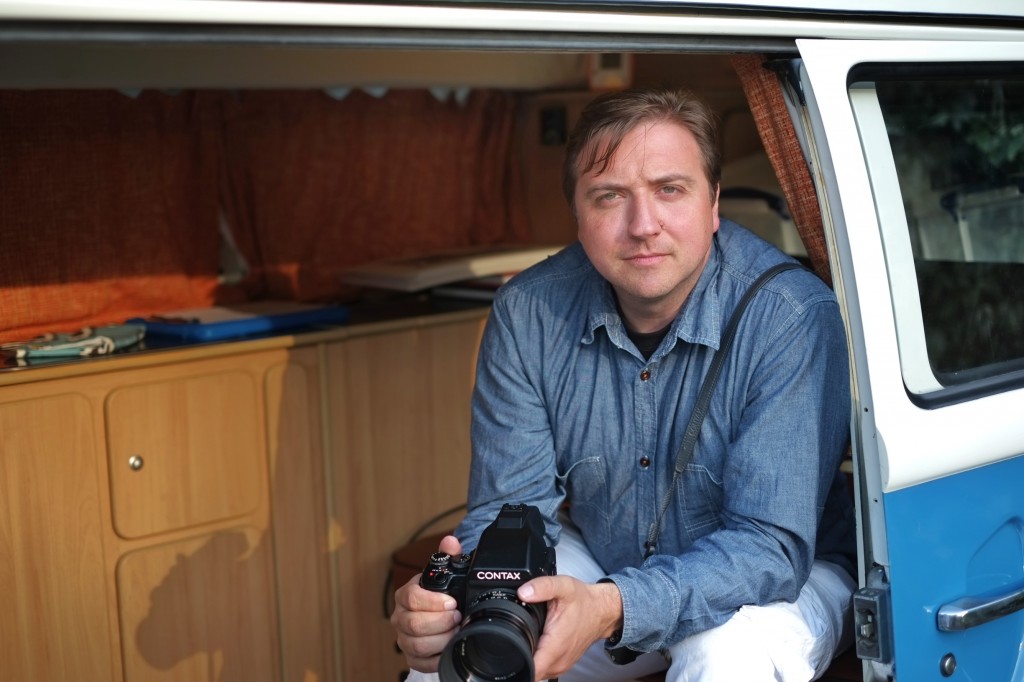 We had a fantastic turn-out again yesterday, and people were still hanging around and chatting at 9:30p.m! Sadly, our Stewart had to leave (he needed his beauty sleep for Cambridge) but tour pal Stuart took the reins and stayed chatting to everyone long after Stewart left. It’s great to hear that everyone is making the most of the tour, and meeting new faces and chatting photography!