Stewart had a great time in Birmingham yesterday on day four of the tour. He got to hang out with the lovely Emma Case and her husband Pete. Stewart loves their alternative style, and since they brought a decent selection from their camera collection they couldn’t have pleased Stewart more (anyone at Team Folio will tell you what a technophile he is!) so he definitely had a brilliant start to the week.

Emma and Pete have a pretty impressive collection of both old cameras, and newer ones that replicate and re-create the vintage look that they love. Stewart loved the Canon Cine Camera that Pete took along, which was a Canon 514 Super 8. The old style film, using still images to create the illusion of motion, fits perfectly with their photography style. It’s great to see how older more traditional technologies are becoming current again, what with the Canon Cine Camera, and the analogue dial based X-Pro1.

Whilst Pete took the chance to get some film footage of the tour, Emma brought along three different cameras to get some great photographs of the tour. Armed with a Canon 5D, a Polaroid camera, and a Lomo LC-A+ Birmingham’s Freedom Tour day was filled with vintage styled technologies.

Since Emma was clearly all geared up to take lots of photographs, I thought that we would give Stewart a break, and let Emma be our blog photographer for the day :) 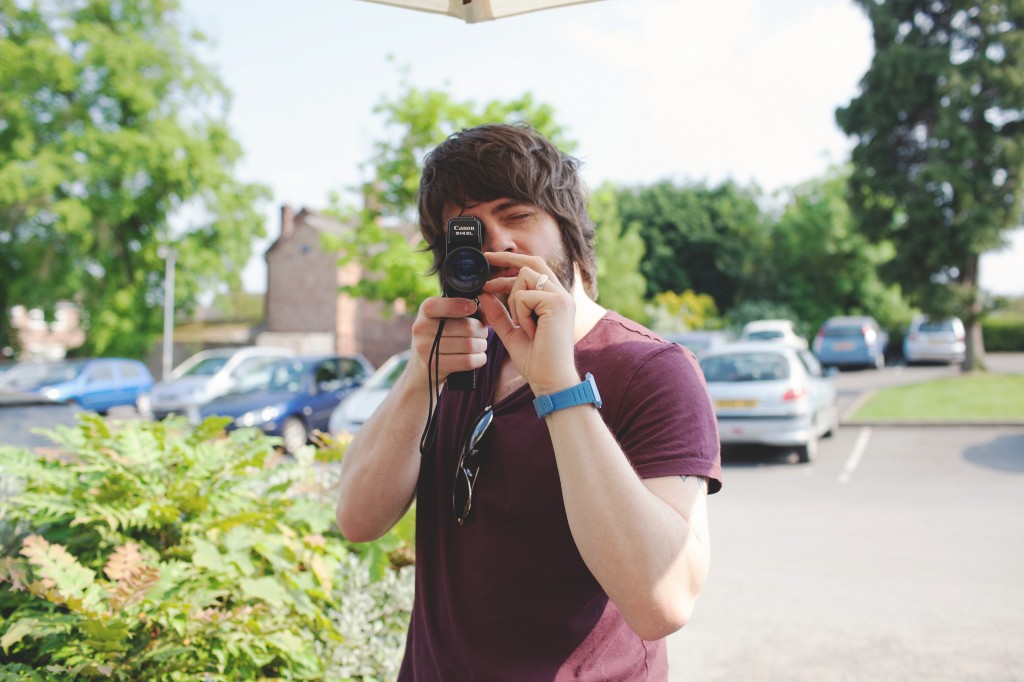 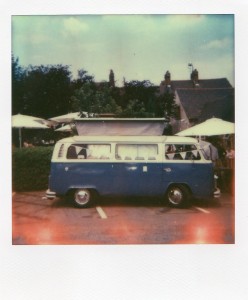 Our albums, with one of the new bags sneaking its way into the shot in the upper right corner: 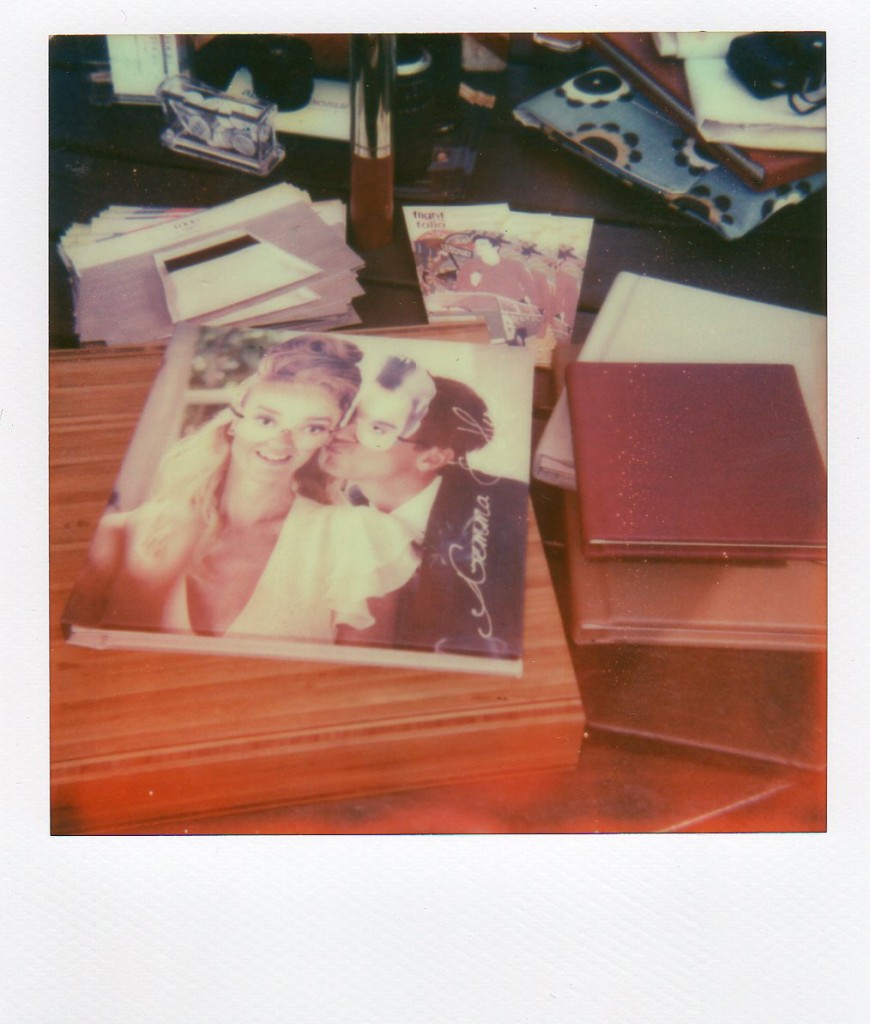 … and finally Stewart, trying to hide a camera behind his back… but the camera strap let us know it was there ;) 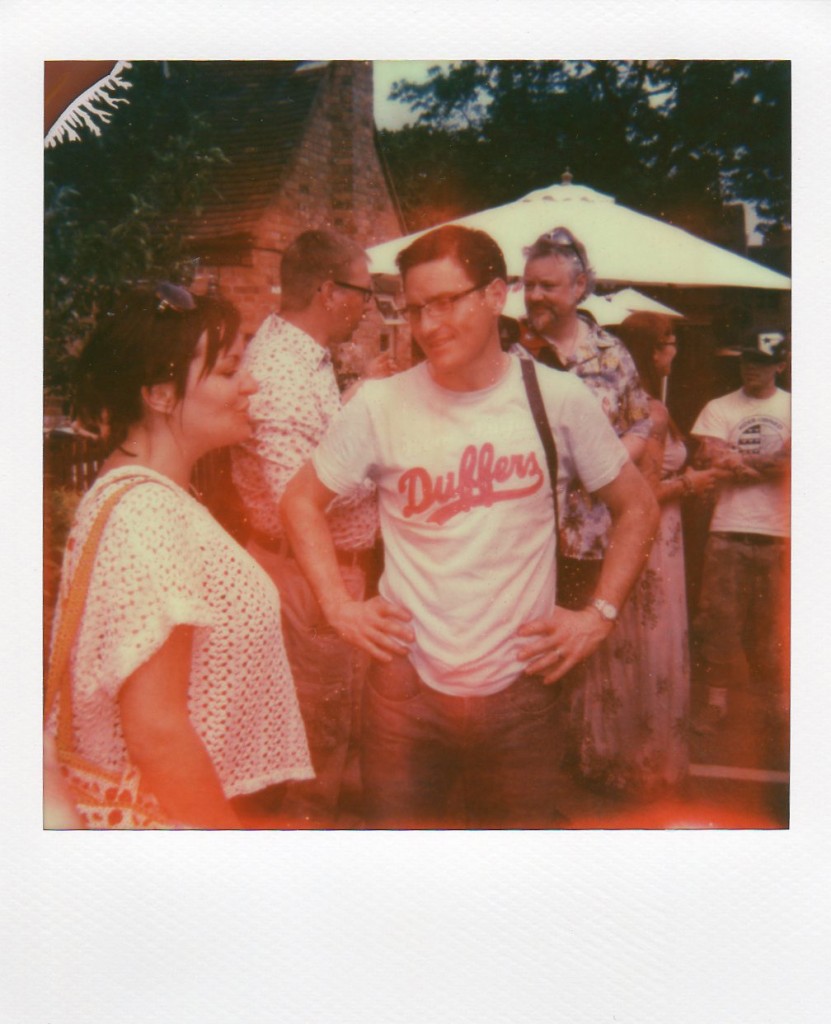 It’s seems like Lee Allen and Stewart had a little ‘camera-off’ part way through the day: 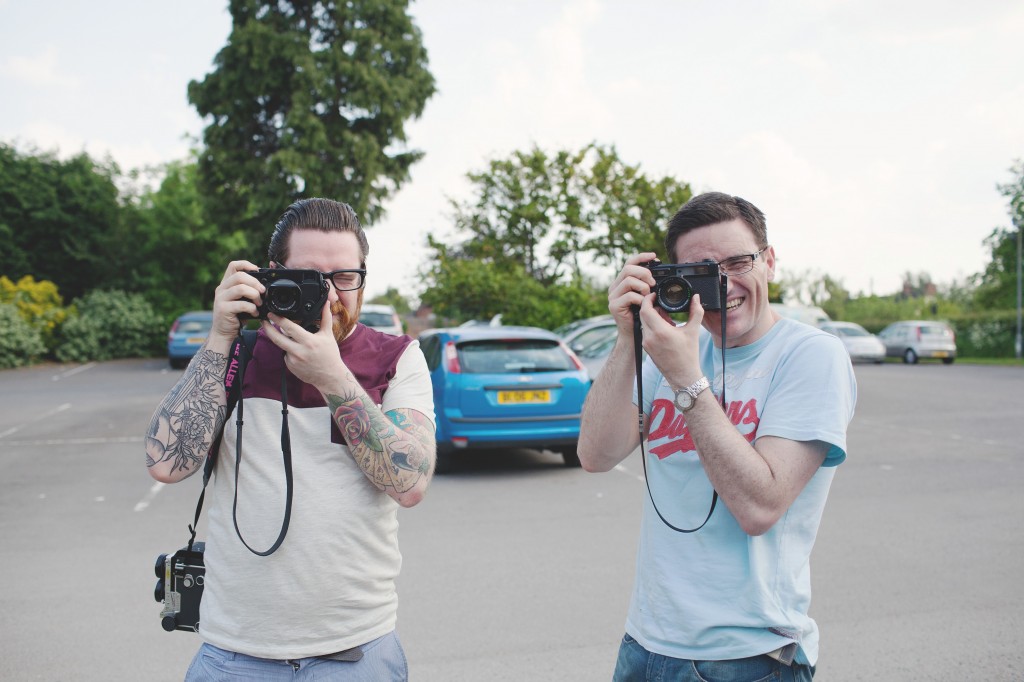 When I spoke to Stewart about the tour he mentioned that Birmingham had great artwork both inside the camera, and out on the photographers themselves. (Stewart felt a little left out with his bare arms, I’m sure Team Folio and some Sharpies could sort that out pretty quickly though!)

One of the photographers Hannah Webster had a great tattoo on her arm, with a fantastic story behind it too – she set herself a target of getting 12 bookings in her first year, and when she hit the target this tattoo was her reward. Check it out: 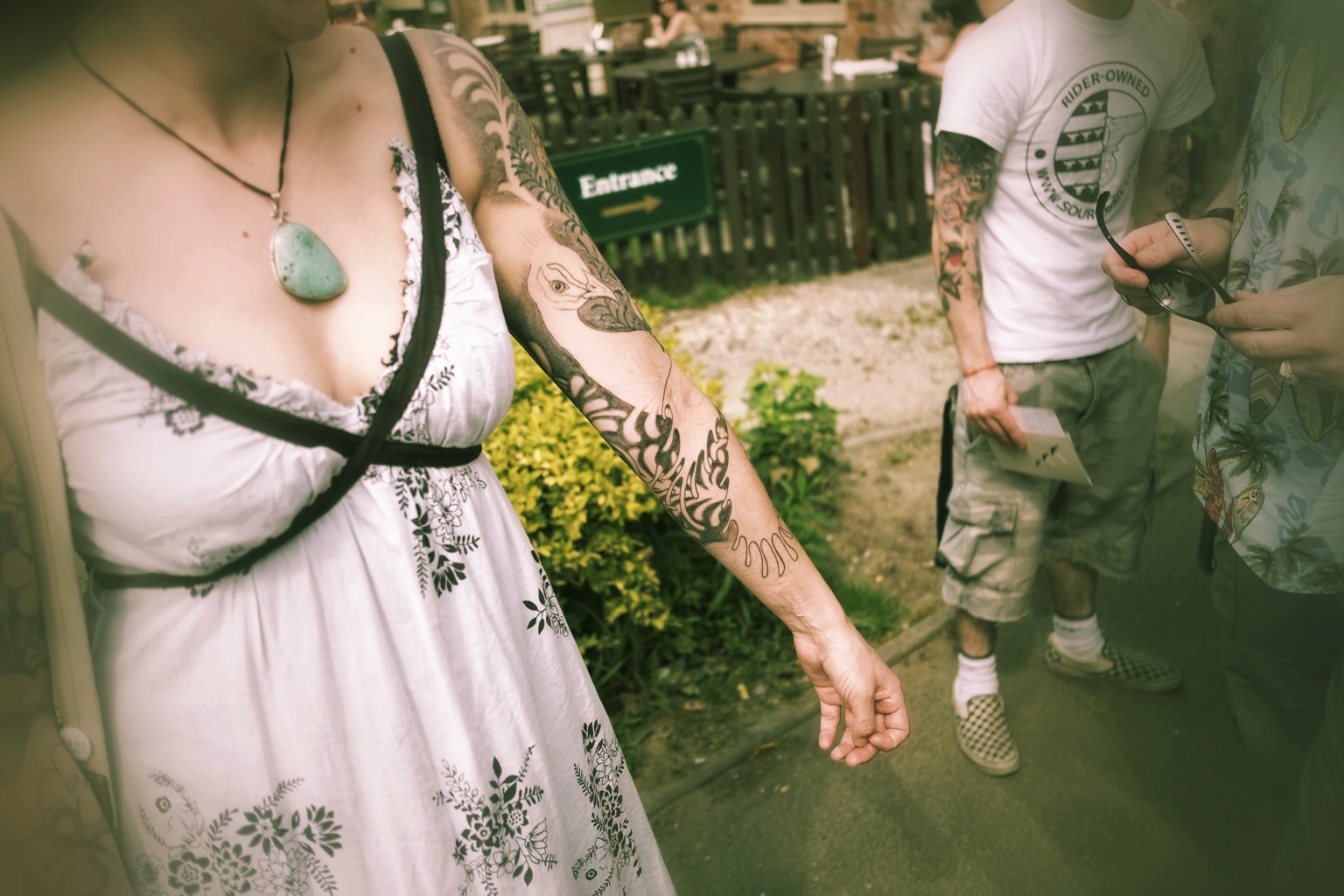 Yesterday’s conversations centred on selling digital only packages, and how to make the move from selling just digital to incorporating albums. Since this topic seemed to be one of great interest Stewart wants to get a post up on Folio Lounge about how to make the transition when he is back from tour – so keep your eyes out for that next week!

Since yesterday had the best turnout yet, and Stewart must have been incredibly popular in Birmingham since people were still hanging out around Van Outen at 8:30p.m. Stewart had to do the video summary in the evening. This means you will all catch him out on his little secret – the video is filmed in his hotel room, with the camera balanced on his bed. Don’t worry, Stewart and Van Outen are still firm friends; it’s just that Van Outen is so packed full of things that Stewart didn’t leave any room for himself!